Solving a logic puzzle with the Z3 theorem prover 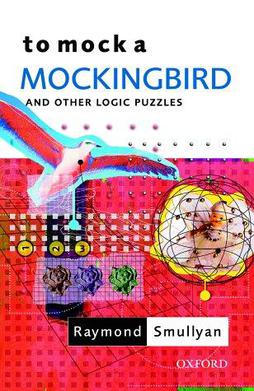 Here's a puzzle from Raymond Smullyan's To Mock a Mockingbird:

Two logic students heard about this and got into an argument. The first student said: "It therefore follows that whatever three flowers you pick, at least one is bound to be blue, doesn't it?" The second student said: "Of course not!"

Which student was right, and why?

I thought it would be a nice way to test out using the Z3 theorem prover on a small puzzle. This puzzle isn't very realistic, but it's easy to see how SAT and SMT solvers can generalize to much more complicated problems where using some other kind of linear or non-linear solver would not work or would be more complicated.

First, we instantiate a new solver and define the basic variables:

Now we add all of the hard constraints described in the puzzle:

With all of the hard constraints represented we will encode the conjecture in question:

Finally, we add the second student's conjecture as a constraint and see if it's still possible to satisfy all the other constraints. Since the first student was making a "for all" statement, the second student can disprove it with only one "there exists" counterexample.

We add the negation of the first student's conjecture as a hard constraint and see if an example can be found that satisfies all the rest of the hard constraints:

Not only could we find such a counterexample, solving was nearly instantaneous. Student 2 was right.

Note, I found Denis Yurichev's SAT/SMT guide and the Programming Z3 page helpful in understanding the basics, but it was sort of difficult to find cohesive, basic documentation out there for these kinds of solvers. Partly that is because these tools are mostly developed by research groups, but there is plenty of space for blog posts or real world case studies that others might learn from.

Next: Assigning students to rank-ordered group projects with linear optimization