What is the right tool for LP modeling?¶

Most software developers I know hate Excel and argue that it should be avoided. This position is understandable if you have ever seen the typical bug-ridden, unofficial, magic-number-filled, garishly colored, copy-pasted, formula-hell spreadsheets that tend to float around organizations, passed like mystical talismans from one generation to the next. (Let's not even talk about the horrors involved with amateur VBA-extended spreadsheets.) Something about spreadsheets seems to make them especially prone to certain kinds of errors, even when used by people who know what they're doing. 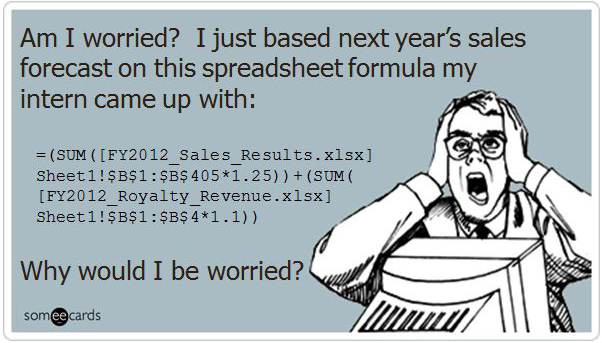 Even so, there is definitely something to be said for a well crafted, nicely formatted spreadsheet model for an optimization problem. First of all, it's visual; you can see all of the problem components at the same time. Second, it is interactive; you can play with your decision variables and get immediate feedback when all of the dependent cells automatically recalculate. Third — and this is something that academics and those of us used to using open source tools often forget — Excel and its Solver extension are ubiquitous and pre-approved for use, even in the average user's workstation in a large organization with byzantine enterprise IT policies.

The real problem is that spreadsheet models do not scale well past a certain level of complexity, beyond which they are impossible to fully understand (and therefore impossible to trust). Imagine a routing problem where we have thousands of nodes and some metadata about them such as demand or supply or capacity, and that we need to enter a number of constraints for each node based on this metadata and some complicated business rules. Using a spreadsheet would either mean doing this by hand (no thanks), or incorporating some kind of large lookup table into the already verbose and hard to read spreadsheet formulas. That sounds terrible. So what should we use instead?

What manner of black magic is this?

LP/ILP modeling is not hard using a modeling language like AMPL, but there can be a lot of cognitive overhead in switching to an entirely different language, especially if what we're doing is not just one ad hoc analysis but is part of a larger, continuing workflow. For those of us that already spend a lot of time in Python, it would be nice to do our optimization work in the same language we are already using on either end of the problem. Luckily, we can use one of the many packages designed for precisely this purpose, such as pulp, PyGLPK, or PyMathProg.

Good thing we're only using it to set up the problem! The hard work is actually done by the solver package of your choice.

Let's use one of these packages to demonstrate an example from Winston[1]. I'll choose pulp since it has good documentation and an excellent starter paper[2], and I've used it before in another project: 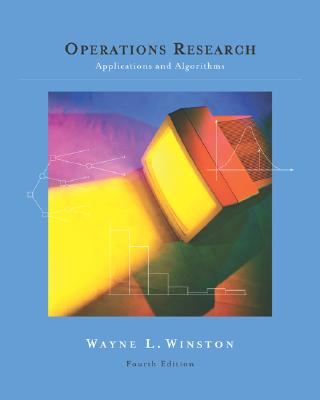 Formulate a mathematical model of Giapetto’s situation that can be used to maximize Giapetto’s weekly profit.

First, we'll import the necessary packages and create the pulp LP object we'll be working with.

Now we add in the objective function:

And now the constraints:

Let's print out the problem and make sure we have everything:

We can also visualize this problem and verify that the answer we have come up with makes sense. Here are the constraints:

We can rewrite the ones with both $s$ and $t$ as follows so that they can be plotted as lines on a 2D graph with an $s$-axis and a $t$-axis:

Let's graph all these simultaneous inequalities:

The highlighted area shows the set of decisions about $s$ and $t$ which satisfy all of the constraints — this is the feasible region. By inspection, this is clearly a convex polytope.

One possible complaint about this graphic is that it is a bit misleading. The solid feasible region seems to suggest a continuous area of possible choices for $s$ and $t$, but this is not the case. One last constraint is that the decision variables must be integers. Let's see if we can improve on the plot:

This plot also shows that the optimal point is at a vertex as expected, while the clearly parallel stripes of color demonstrate linear decision frontier for different values of the objective function.

Having done this work, we can confidently tell Giapetto how many of each toy to sell in order to maximize his profits, and even show him how much he would stand to make at any of the other possible decision points.

Next: Frogs, flies, and Julia